Coriander is already one of the flavours infused into many gin varieties, although juniper is (or should be) the dominant flavour. Being a traditionalist I would normally want to preserve the juniper flavour as the key ingredient but I was curious to try out something new and wanted to satisfy my own love for the coriander flavour. 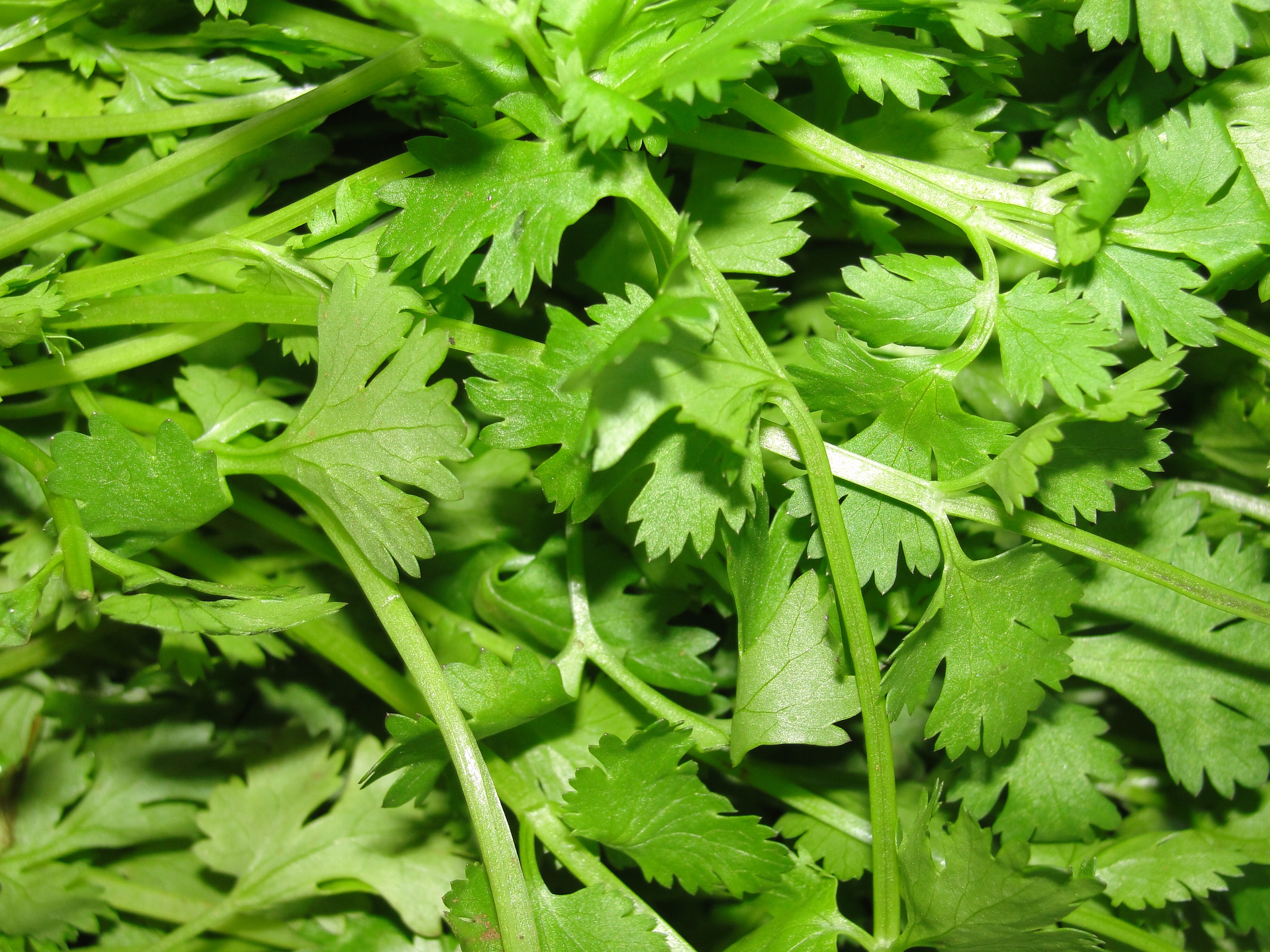 It has a fresh, grassy, almost citrusy taste and pairs well with lemon and lime. Critics often describe the flavour as soapy, so be careful who you serve this to. Otherwise I think it’s delicious. 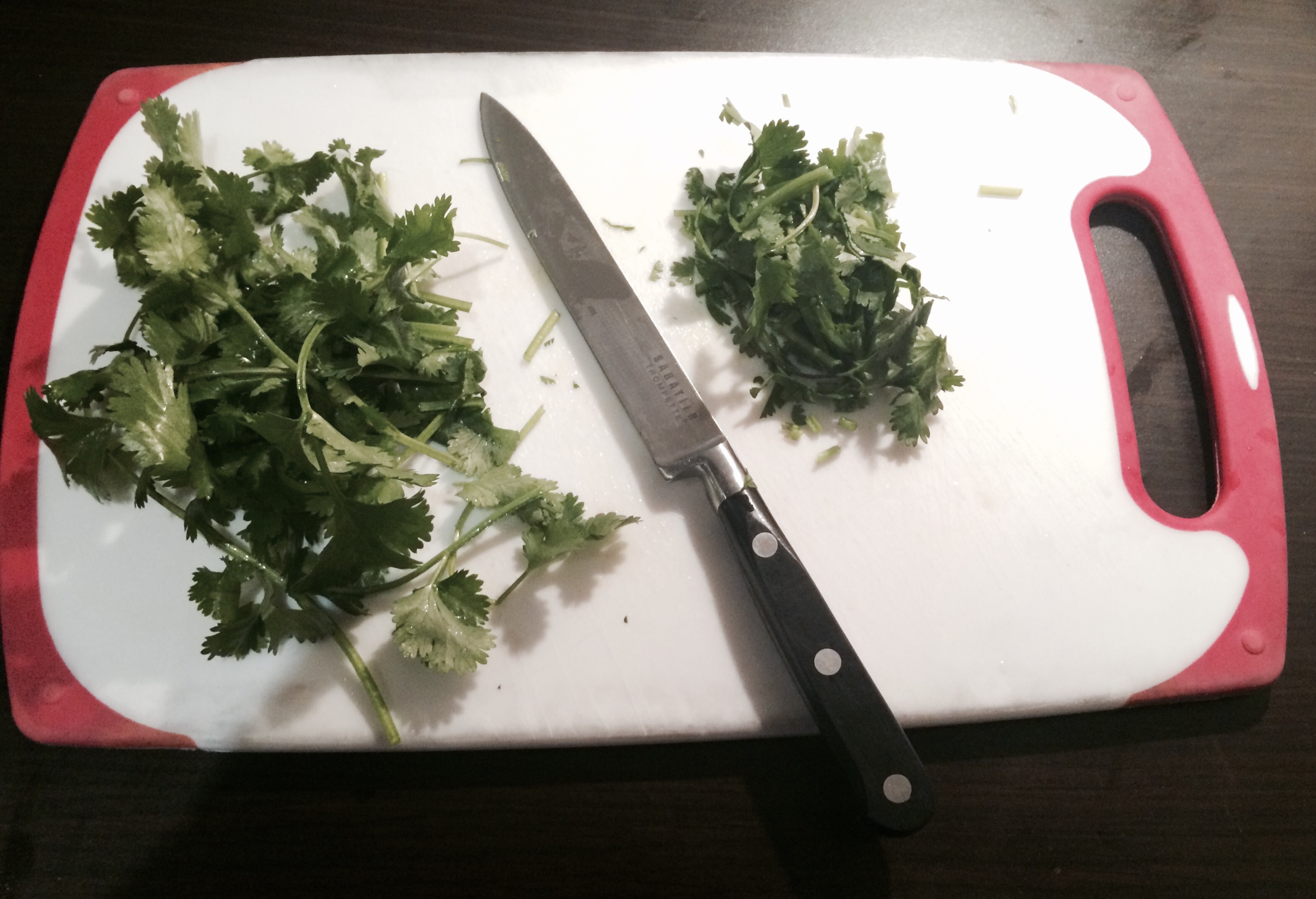 To infuse the gin take a handful of coriander leaf per 100ml gin you want to infuse. Wash it, pat it dry then coarsely chop it.

Add it to a clean jar, top up with gin, seal the lid, give it a vigorous shake, then leave it for around two days. Shake it once or twice each day.

The gin should turn a nice green hue.

Strain it and discard the coriander leaves. 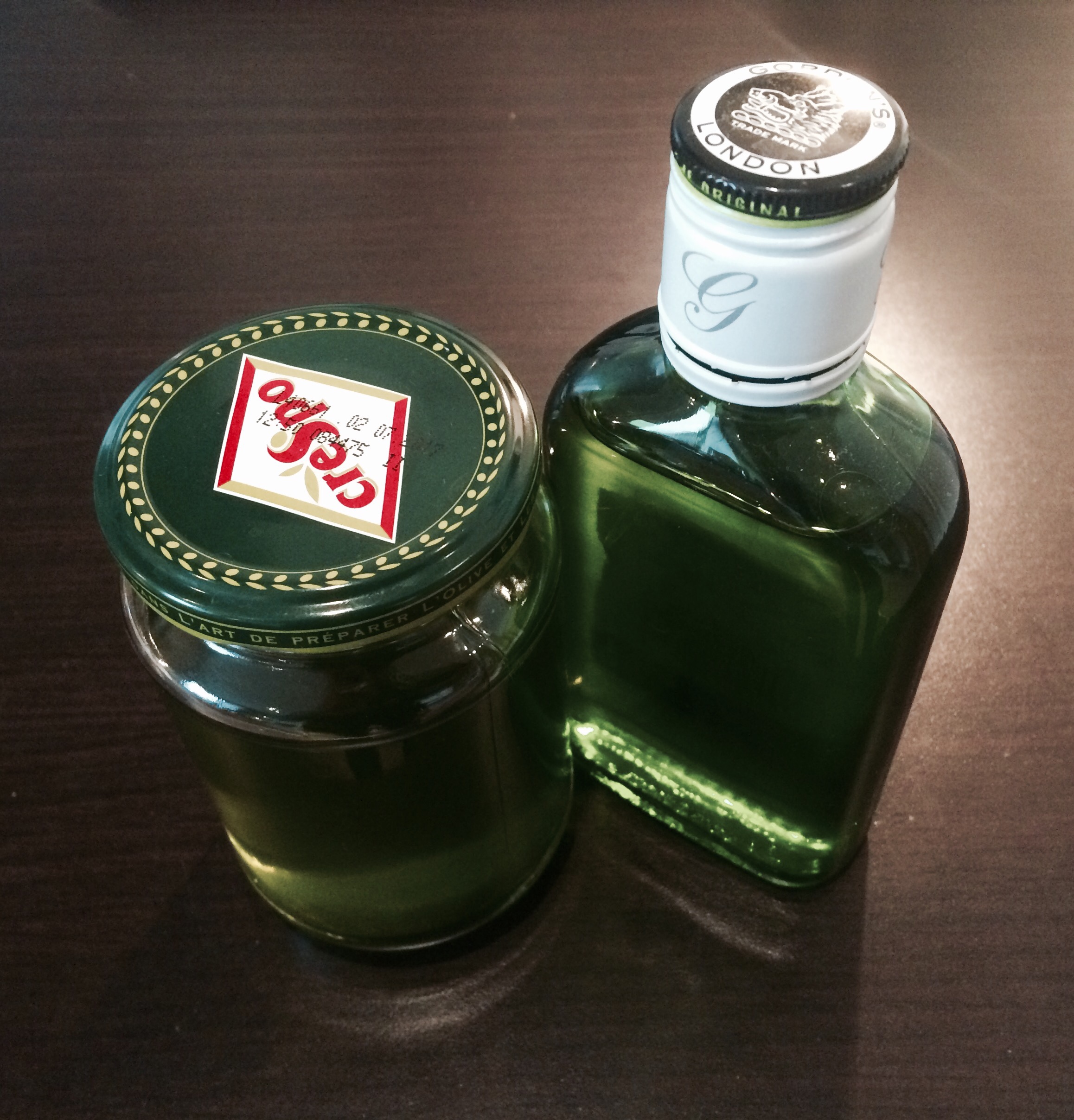 Then decant it into a glass container or two and keep in the fridge to store, and freezer if you want to use it in a martini.

When you’re ready to serve, pour the drink as a normal martini but with coriander gin instead of normal gin. Garnish with some coriander if you have any to hand (or a piece of lemon peel which compliments the zesty coriander flavour) and serve with some nibbles.

When I was testing out the coriander gin first I felt a craving for avocado so I decided to make some very simple guacamole.

I mashed 2 avocados with a square inch of onion, chopped, a handful of chopped fresh coriander, a squeeze of tomato purée, a sprinkling of chilli flakes and a squeeze of lemon or lime (whatever you have to hand) and served it with tortilla chips. This is a very basic guacamole recipe I just threw together with what I had to hand (it was a Friday night and I was exhausted). There are almost bound to be better recipes out there. My cousin in Scotland makes a good one!

Here I served a plate of pre-cooked prawns with tiny drizzles of honey, sesame oil, lemon juice, mirin and rice wine vinegar, with further tiny sprinkles of grated lemon zest, chilli flakes and chopped coriander. I wanted to compliment the delicate prawns not anhialate them with a bazooka of sharp flavours.

All in all, I liked the coriander martini more than I was expecting. I also found that it went very well with certain nibbles. I would recommend it for dinner parties but you’ve got to be careful because some of your guests might be of the “I hate coriander” persuasion.

3 thoughts on “A martini using gin infused with coriander/cilantro”

Look at this beautiful Tobermory matchbox! Part of a homesickness care package. Thank you so much @ninatansstudio
I finally got round to revamping my website during my recent time off. I hope you like it!
Lapsang Souchong has been called 'the whisky of teas' and I like both of those things, so I infused some lapsang Souchong in some gin and made a martini out of it. On this very beautiful summer's day, it has been a treat.
Here's a quick 'n' dirty tip to chill a bottle more quickly. Dampen two sheets of kitchen paper, roll up the bottle and place it in the freezer. Someone with a better grasp of physics can probably explain the "how" but I can explain the "why" - no-one likes a warm gin!
The Hebrides are on their Studio Ghibli game again. The visibility is so good today you can see loads of the Outer Isles.
A lemon drop martini for a special lady.
More Gibson appreciation.
A Filthy Martini...
Friday plans on the Isle of Mull: iconic drink, iconic view and iconic martini music from Les Baxter.
Follow The Martini Socialist on WordPress.com